Page 13
At the same time, new patriarchs emerged; they bore little resemblance to the
former patriarch, for they continued to observe taboos against murder and incest.
Eventually, strong patriarchs evolved into chieftains, lords, arid kings.
Page 64
His authority, as it existed before the fifth century b.c., has made such an
impression on the modern mind that the term used to describe his patriarchal
power, patria potestas, is one of the better-known Latin phrases in the English
language.
Page 462
He acknowledges that certain tendencies, such as the decrease in family size
and the eradication of the patriarchal structure, are common to both the U.S.S.R.
and the West. He then states categorically, without any substantiating evidence, ... 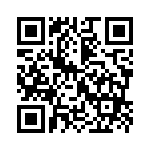