Page ix
Shah, U. P. (1940) Iconography of the Jaina Goddess Ambika, Journal of the
University of Bombay, 9, 2 : 147-169. (1941) Iconography of the Jaina Goddess
SarasvatI, Journal of the University of Bombay, 10: 195-218. (1944) Jaina
Sculptures ...
Page 8
These dikkumdri or direction goddesses are not mentioned in the Kalpasutra, but
are referred to in Hemacandra's Mahavirasvdmicaritra, where they are the
performers of ... On the sixth day after birth, the child was visited by goddess
Chatthi.
Page 22
The dreams of Trisala, which marked the event of Mahavira becoming the
embryo of an auspicious person, are shown as an elephant, a bull, a lion, the
goddess Sri, garlands, the moon, the sun, a banner, a full vase, a lotus lake, an
ocean of ... 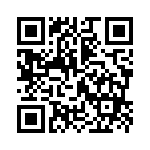