Tremendously detailed history of the collection, storage, and uses of ice, with an emphasis on ice cream, sorbets, and sherbets that suggests it probably began as background for a book of ice cream ... Read full review

I shouldn't probably rate this one. I have to admit I've never finished it. It's a little... well... really NOT meaning to be clever here: her writing style is a little chilly. A little academic. I ... Read full review

Elizabeth David (1913-1992) was one of the most successful food writers of the twentieth century. She discovered her taste for good food and wine when, as a student at the Sorbonne, she lived with a French family for two years. After returning to England she made up her mind to learn to cook, so that that she could reproduce for herself and her friends some of the food that she had come to appreciate in France. Subsequently she lived in France, Italy, Greece, Egypt and India, learning and writing about the local dishes and cooking them in her own kitchen.

Her first book, Mediterranean Food, signalled the start of a dazzling writing career, and was followed by many others, now considered classics, such as French Country Cooking, and Italian Food.

The publication of French Provincial Cooking in 1960 confirmed her position as the most inspirational and influential cookery writer in the English language, and she was the recipient of many awards.

Elizabeth David was also interested in the literature of cookery, and at the time of her death she was working on a study of the use of ice, the ice-trade and the early days of refrigeration, published posthumously as Harvest of the Cold Months. 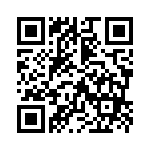