Page 13
Amethi in Uttar Pradesh , Manvendra In the big fight , Congress and its Singh ,
son of former Finance allies got 220 seats including 145 of Minister Jaswant
Singh , and the Congress while BJP - led alliance Akhilesh Yadav , son of UP
Chief ...
Page 29
Two of Granth at Harmandir Sahib at Guru Gobind Singh sons , Amritsar in 1604 ,
Guru Arjan Dev , Zorawar Singh and Fateh Singh , the Fifth Guru of the Sikhs ,
was aged seven and five , were also encapsulating the religious , bricked alive at
...
Page 40
Guru Gobind Singh ' s two younger sons , Baba Fateh Singh and Jorawar Singh ,
with Mata Gujari , just before they were buried alive in a wall . portraits these had
an uncanny similarity . The rationale behind them was a conscientious attempt ... 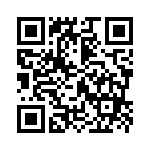