C. Mackenzie Brown is Professor of Religion at Trinity University. His previous books include The Triumph of the Goddess: The Canonical Models and Theological Visions of the Devi-Bhagavata Purana, also published by SUNY Press, and God as Mother: A Feminine Theology in India; An Historical and Theological Study of the Brahmavaivarta Purana. 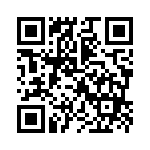