Page 75
She lay extended on her back for a moment and then repeated the same thing , and continued to do so at the rate of ten or twelve times in a minute , for six hours at first , but gradually increasing , she at last continued it for ...
Page 83
Thus math , from to mow , means the thing mown , not that which moweth : broth , from to brev , means the thing brewed , not that which breweth : ruth , from to rue , means the regret suffered , not that which rueth : stealth , from to ...
Page 445
... or between things susceptible of more and less , as spaces , times , weights , motions , & c .; but they may even represent things which the mind can no otherwise conceive , e . g . the relations of incommensurable magnitudes . 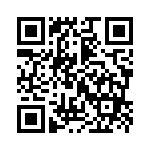