Page 64
We must now make a few observations on the characters who figure at St. Ronan's Well , and in whom we have disco- vered little novelty . ... Her character is slight , undefined , and , in the language of an artist , sketchy .
Page
Schwarzenberg , Prince , his high character , 55 . Schwitz , canton of , dreadful con- sequences there of the fall of a rock and mountain , 315 . Scott , Sir Walter , his verses on the Caledonian Canal , 536 .
Page
Schwarzenberg , Prince , his high Spain , good conduct of the character , 55 . constitutional troops of , 107 . Schwitz , canton of , dreadful con Compared with England , in sequences there of the fall of the influence of religion ... 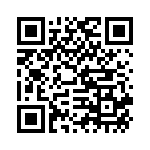