Timothy D. Schowalter received his Ph.D. degree in Entomology from the University of Georgia in 1979. Since 1981, he has been a professor of entomology at Oregon State University, Corvallis, studying the effects of environmental changes, including natural and anthropogenic disturbances, on arthropod communities in temperate and tropical ecosystems, and effects of herbivores and detritivores on primary production, carbon flux, biogeochemical cycling. From 1992-93, he served as Program Director for Integrative and Theoretical Ecology at the National Science Foundation, where he was involved in developing global change and terrestrial ecosystem research initiatives at the federal level. He served as a U.S. delegate to international conventions to develop collaboration between U.S. Long Term Ecological Research (LTER) sites and long term sites in Hungary and East Asia and the Pacific. 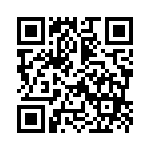