Page 146
History tells us that Alexander's empire extended over a large part of Asia (Persia
, Afganistan, Punjab and Central Asia) ... As has been pointed out, a large
number of tribes, who had been living in the south of the Oxus river for 12000
years, ...
Page 147
If my hypothesis is accepted, the Aryan culture (Vedic culture) must have started
something about 8000 B.C. I have pointed out that the Aryans were divided into a
large number of tribes which had different dialects, but some common factors ...
Page 375
In the regions of Naulagarh, Jayamanglagarh,** Birpur, Balirajagarh, Mahisi,
Balbagarhi and other places, images of different Hindu gods and goddesses
have been discovered in large numbers. The Palas made liberal grants to the ... 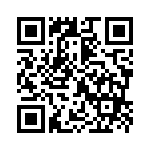