Kofi Annan is an often overlooked world leaders. Stanley Meisler followed the United Nations politics and people as an LA Times reporter. In his book he writes about Annan's rise to Secretary General ... Read full review

Stanley Meisler is the author of United Nations: The First Fifty Years, the only authoritative history of the U.N. He has known Kofi Annan for many years, having covered him during most of Annan's career as a public figure. For twenty years, Meisler covered much of the world for the Los Angeles Times, returning to the United States to cover the U.N. in New York and the State Department in Washington. Meisler still contributes articles to the paper's Book Review, Sunday Opinion, and Art sections. He has also contributed to Foreign Affairs, The Atlantic, Reader's Digest, and other publications. 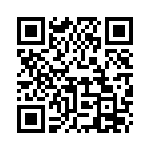