Page 742
It would have been difficult to recognise , in this well dressed and perfect gentleman , as he now appeared to be , M. Polyte , of the obscure café in the Marché St. Honoré , yet the two were the M. Legrand was pointing out to the ...
Page 778
... when , as Nćvalis affirmed , the noble merchant character , the genuine spirit of commerce , appeared in its splendour ; when the Medici and the Fuggers were merchants , compared with whom , our merchants , the greatest not excepted ...
Page 800
SOME of Mr. Rossetti's earlier songs , sonnets and ballads appeared first in that little Oxford periodical , which during its brief existence gathered to itself the first flowerage of nearly all the poets of the younger generation . 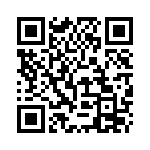