Page 120
lies Traill's Pass , by which a passage has been found , over the Pindari Glacier ,
to the Lwanl Glacier and the Goriganga Valley . On the east the massif slopes
steeply down to the valley of the Goriganga , which takes its rise in the Milam ...
Page 124
He tells us that , of the passes , the Niti Pass was considered the most easy and
the Johar , ( Untadhura ) , the most difficult . He records a tradition , that when the
Raja of Kumaon conquered the Tibetans in the Milam Valley , he made a road ...
Page 125
On the 31st he crossed Traill's Pass , and descend . ed by the Lwanl Glacier to
the Goriganga to join his brother at Milam . Robert had left Naini Tal on the 17th
of May , travel . ling by the ordinary route to Munsiari , and thence up the valley to
... 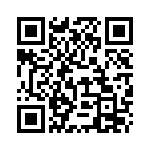