Page 83
Such plays show shrews not as alternatives to conventionally pleasing wives ,
but as their negatives . By dramatizing the opposite of the wished - for
conventional characteristics of a woman , the playwrights created a simplified
situation : male ...
Page 139
... Show ( II ) , where Drury , the bawd , thrusts away Chastity , and Tragedy
explains that Anne " drinks the poisoned draught , " simply ' proves ' visually that
lust is infectious ; in Dumb Show III Browne cuts down the tree between them ,
and ...
Page 171
... initially perceived only by De Flores , for whom verbal communication is " half
an act of pleasure , " is extended when De Flores conducts Alonzo round the
citadel . The incident , packed with sexual puns , shows how De Flores , who has
the ... 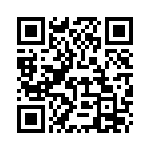