Page 164
Neben den Staffeleibildern entstand eine Reihe von Deckengemälden . Man hört
von solchen in York House 28 , in Buckingham House 27 , in Somerset House 28
, in Cobham House 29 und im « Hause der Königin ) ) zu Greenwich .
Page 187
The most remarkable of his Performances in England , were the Cielings of
Greenwich and York - House , the latter of which are now in the Collection of the
present Duke of Buckingham . He did also a Madonna , a Magdalen , and Lot
and his ...
Page 211
An Act of Parliament shall be passed for the selling of Whitehall with the Privy
Garde , Scotland Yard and the Cockpitt , all the Muse , Somerset House , the
Savoy , and Kensington , which are all things which are very expensive to keep ,
and of ... 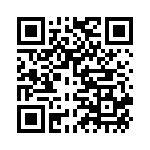