Page 50 - Then said Mary unto the angel, How shall this be, seeing I know not a man ? And the angel answered and said unto her, The Holy Ghost shall come upon thee, and the power of the Highest shall overshadow thee : therefore also that holy thing which shall be born of thee shall be called the Son of God.
Appears in 893 books from 1732-2008
Page 50 - Fear not, Mary ; for thou hast found favour with God. And behold, thou shalt conceive in thy womb, and bring forth a Son, and shalt call His Name JESUS. He shall be great, and shall be called the Son of the Highest; and the Lord God shall give unto Him the throne of His father David.
Appears in 574 books from 1755-2008
More
Page 47 - I will bless the Lord at all times : His praise shall continually be in my mouth. My soul shall make her boast in the Lord : The humble shall hear thereof, and be glad.
Appears in 765 books from 1735-2008
Less 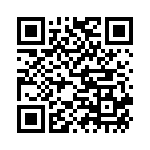