Page 632
I'he miles , and the total area over which the shock fort of holitaran , near Lalore ,
was des was felt , was in the neighbourhood of 2,400,000 troved and about 1,000
persons lost their lives , square miles , most of it being sea , It was felt at It is ...
Page 633
A violent earthquake occurred over the about 220,000 square miles . This
earthquake greater part of the Northern and Southern came without any
preliminary warning and Sban States on 21st May 1912 and was felt lasted only
30 seconds .
Page 716
For about 160 ernment Railway to Talalmannar , on Mannor miles further it
chiefly runs through the fertile Island , two points distant from each other about 21
miles across a narrow and shallow rivers of the Akyab delta . These include the
rice ... 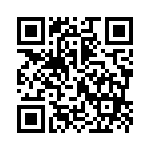