Page 65
British India for administrative purposes is divided into 15 provinces, each with its
separate Local Government or administration. In ten of the provinces—the three
Presidencies of Madras, Bombay and Bengal, the United Provinces of Agra and ...
Page 118
The United The United Provinces of Agra and Oudh lie In practically the centre of
Upper India. ... India Agency and the Saugor district of the Central Provinces, and
on the west by the States of Gwalior, Dholpur, Bharatpur, Sirmoor, and Jubbal, ...
Page 151
The Central Provinces and Berar. The Central Provinces and Berar compose a
great triangle of country midway between Bombay and Bengal. Their area is
133,069 sq. miles, of which 82,149 are British territory proper, 17,808 (viz., Berar)
held ... 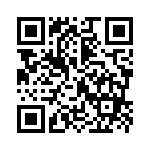