Chadwick F. Alger, Ph.D., is Mershon Professor of Political Science and Public Policy Emeritus at Ohio State University, Columbus, OH. He is the editor of The Future of the United Nations System: Potential for the Twenty-First Century. 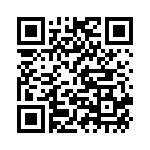