Irfan Ahmad is an anthropologist and assistant professor of politics in the School of Political and Social Inquiry at Monash University in Australia, where he helps lead the Centre for Islam and the Modern World. 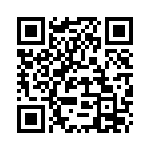