Page 13 - Picture men dwelling in a sort of subterranean cavern with a long entrance open to the light on its entire width. Conceive them as having their legs and necks fettered from childhood, so that they remain in the same spot, able to look forward only, and prevented by the fetters from turning their heads.
Appears in 49 books from 1954-2008

JF Pagel has authored more than 170 publications. His basic research addressed the electrophysiology of consciousness, the neurochemistry of sleep and dream, and the role of REM sleep in learning and memory. His clinical work includes proofs for non-dreaming and the requirement of sleep for dream and nightmare, the diagnostic code for nightmare disorder, a definition protocol for dream, and demonstrations that REM sleep and dreaming are doubly dissociable. He has developed approaches to treating insomnia, sleep & altitude, narcolepsy, pediatric parasomnias, and waking somnolence, as well as addressing dream and nightmare use in trauma, art, creativity and filmmaking. He is co-editor of one of the major sleep-medicine texts: Primary Care Sleep Disorders (2007/ 2014). His books include: The Limits of Dream – A Scientific Exploration of the Mind /Brain Interface (2007), Dreaming and Nightmares (ed.) (2010), and Dream Science – Exploring the Forms of Consciousness (2014). 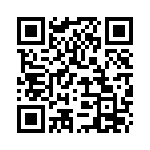