Page 126
In other parties , the Communist pariy , the Socialist Party , the Jan Sangh , the
Jharkhand and Soshit Dal were the major contestants . A large number of
Independents also elected during the last ( 1985 ) general elections . An analysis
of ...
Page 146
Interestingly , losses of the Congress are being shared by at least five
oppositional parties and groups of the oppositional parties PSP and SSP have
been stronger during 1952 and 1957 , the Communist party made no significant
progress in ...
Page 204
United Front and Left Communists in West Bengal ” , Now , 24 November 1967 ,
pp . 8 - 9 . Gurr , Ted , “ A Causal Model of Civil Strikes : A Comparative Analysis
Using New Indices ” , American Political Science Review , 62 : 4 , December ... 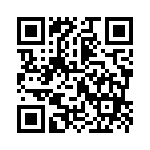