Christophe Jaffrelot is Director, Centre d’Etudes et de Recherches Internationales (CERI); and Research Director, Centre National de la Recherche Scientifique (CNRS). He is the director of the quarterly journal Critique Internationale. His most recent publications are The Hindu Nationalist Movement and Indian Politics, 1925 to 1990s (1996); India’s Silent Revolution: The Rise of the Lower Castes in North India (2003); and Dr. Ambedkar and Untouchability: Analysing and Fighting Caste (2005). He has also co-edited (with T.B. Hansen), The BJP and the Compulsions of Politics in India (1998).

Sanjay Kumar is Fellow, Centre for the Study of Developing Societies (CSDS), Delhi. His area of interest is electoral politics and speciality is survey research techniques. He was the National Coordinator for the three national surveys (National Election Study 1998, 1999 and 2004) conducted by the CSDS. He was also the country coordinator (India) for the ‘State of Democracy in South Asia’ (SDSA) study carried out in five South Asian countries (India, Pakistan, Bangladesh, Sri Lanka and Nepal). He is the core team member of the Asian Barometer Survey led by Prof. Takashi Inoguchi of Cho University, Japan. He has authored various research reports, and contributed to various edited volumes, research journals and national newspapers. 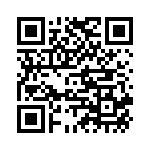