The term 'holocaust' is one contentious, reserved solely now for the gravest of atrocities (with hyperbole notwithstanding). Although on a slightly smaller scale, Preston makes the assertion that the ... Read full review

THE SPANISH HOLOCAUST: Inquisition and Extermination in Twentieth-Century Spain

Paul Preston, author of The Spanish Civil War, Franco, Juan Carlos, and The Spanish Holocaust, is the world’s foremost historian on twentieth-century Spain. A professor at the London School of Economics, he lives in London. 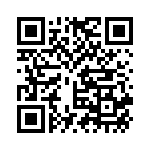