Page 246
Possibly , taking all accounts into consideration , she was hanged on the evidence of her stepson Lord Walter , and this after her husband's death , for she was then a widow , and the second wife of Sir Edward .
Page 342
In the original Pipe Rolls of Edward III . , preserved in the Public Record Office in Dublin , it is stated that the King gave to John de Bermingham , Earl of Louth , and to his heirs male , the manor of Athirde ( Ardee ) ; that it ...
Page 353
John de Burgo = Elizabeth de Clare , Ellen = King Robert Avelina - John de Bermingham , Matilda = Gilbert de Joan = Thomas , 2nd granddaughter of | Bruce | Earl of Louth Clare , Earl Earl of Kildare , Edward I. King David II . of ... 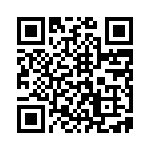