Page 179
For well over a century English popular interest in the Medici has been based on
two assumptions, that Cosimo and Lorenzo were the most interesting members of
that family, and that these men, through their intelligent and lavish patronage, ...
Page 185
Lorenzo emerges as the most complex, subtle, and compelling of the Medici, but
the real hero of the book is Cosimo, the simple, plain man, uncontaminated by his
riches, forgetful of self in his desire to do all for the glory of Florence. Everything ...
Page 191
Englishmen of the middle class (the class that produced the majority of writers on
history and art) were fascinated by the wealth of the Medici. “Would Mr. Hope, of
Amsterdam, said to be the greatest merchant in the world', asked Arthur Young, ... 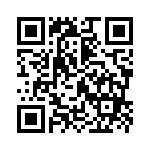