Page 26
Subduing the Suhmas , meant obtaining political control of that great port - a
point which must have been commonly understood at that time . Even within a
century after Kālidāsa , Dandi had described the importance of Tamralipti in the
sixth ...
Page 69
T. A. Gopinatha Rao , on the evidence of the Rudra Yamala , has described as
many as sixty four Bhairavas and classified them under eight groups of eight
each readed by Aşitāóga , Ruru , Chanda , Krodha , Unmatta , Kapala , Bhisana
and ...
Page 205
For example , it contains ( i ) the same instructions to local officers about
respecting the endowment faithfully , ( ii ) the prescribed description of the
property which was endowed and ( iii ) the same warning to anybody , who would
disturb the ... 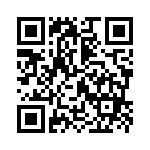