Page 180
... that pension of 20,000 crusadoes ( about they had since dwindled to about one Ł 2,500 . ) offered to him by the Prince fourth . In June , about 15,000 were in Regent of Portugal . a state of starvation , in consequence of ITALY .
Page 227
... as being our rate the general characters of such first instructors iu the art , he scouts buildings + does away " the absurd the common cant , that the barba- reproaches of Somner , Stow , and rians who overran Italy , Spain , Gaul ...
Page 273
Britain , A Corunna Bulletin Extraordinary of ITALY . the 23d ult . signed by Gen. Mendizabel , Most of the agricultural societies in details Porlier's enterprize against San- Italy have offered premiums for the best tander , which he ... 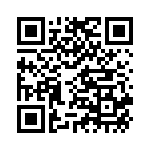