Page 16
But Islam has also 10th century , the Caliph's power been ill at ease with many things began to wane and Persian culture beautiful . For example , with painting reasserted itself . Samarkand and and sculpture , music and dance .
Page 17
of Muslim Art.com M.S.N. MENON 2 2 形 F MAMAMINAARAANANNINIAI renaissance of Islamic art in Central calligraphy , art and religion fused . In Asia . fact , tablets with the name of the In India , under the Great Mughals Prophet became ...
Page 30
Indian culture “ , wrote Mahatma Gandhi , " is neither Hindu , Islamic , nor any other , wholly . ... Islam influenced Indian culture through art , architecture , music and literature , through the Sufi saints and the Muslim mystics and ... 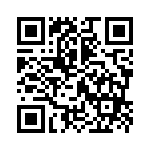