Page
GIAcoMo DEvoro, Professor of Linguistics at the University of Florence, is well
known for his studies on the ancient languages of Italy and on style; he is one of
the chief supporters of a tendency which puts linguistics on a parallel plane with ...
Page 43
of devils, witches, and death, of torture and massacre, and the gay worldly finery
of the Italian Renaissance. It is a contrast, inherited from the Middle Ages and
present also in nearly all transalpine art of the period, between the cruel, ugly, ...
Page 127
many years, finally made accessible the papers of the Countess Teresa Guiccioli,
including 156 letters and notes of Byron written in Italian to the Countess, and her
own unpublished manuscript «Vie de Lord Byron en Italie». The Byron letters ... 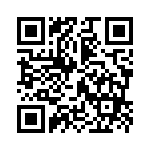