Page 40
... of attraction and repulsion , by means of which they expla ned the phenomena of nature , Nor were they contented to admit , or rather to imagine , the fluid described ; the flattered themselves they could direct its operations .
Page 213
I thall be glad to see an answer , a direct one , to some parts of it + . ” Mr. Markland's opinion seems to favour more the adroitness of the examiner , than the opinions he maintained . Nevertheless , be that as it might , he thought a ...
Page 352
-Indeed the Abbé Roussier , a determined Grecian champion , positively asserts the direct contrary + . The passage given by Mr. K. from Euclid ( 67. ) , concerning the mutations , is somewhat obscure in itself ; but he seems totally to ... 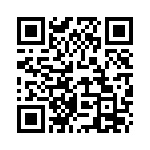