An electronics engineer by training, Suresh Jindal got interested in cinema while studying at the University of California, Los Angeles, US, in the late 1960s. He was among the producers who made possible the dreams of film-makers working outside the mainstream. He has produced films that are considered milestones in Indian arthouse cinema, including Rajnigandha, Shatranj Ke Khilari, Gandhi and Katha. He is a recipient of the Chevalier des Ordre des Arts et des Lettres given by the French government. 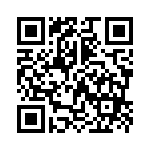