This book was not helpful!

Spencer C. Tucker, PhD, is senior fellow in military history for ABC-CLIO and the author or editor of more than 40 books and encyclopedias, many of which have been recognized by awards. 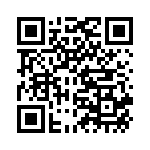