Fareed Zakaria is the editor-at-large of Time magazine and the Emmy-nominated host of CNN’s “Fareed Zakaria GPS.” His previous book was the bestseller The Future of Freedom. He lives in New York City. 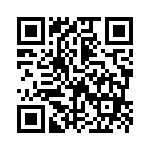