Page 329
Enley , who led , suddenly called back : " Gosh , Zack , the fence's broken . That's
why the tracks head one way . They've gone through here . " It was so . The fence
had been broken down , two posts lay flat , and wires had been cut , as they ...
Page 455
And of all the fliers at Hsin-ho on the Hai-ho, Chihli Province, China, James
Christie, called Jimmie by all his brother officers, was proudest of his wings. He
had earned them by sheer ability. He wasn't called Jimmie by his brother officers
...
Page 465
She smiled at the harvest , and came within the week loud and delighted , called
to him bowing gentlemen ; to - day she was to London lanes . “ I go to Gervase
through the hall . radiant , no cares overshadowed Of an said 99 a Beauty her ... 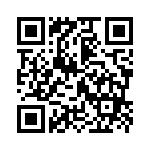