Page 125
Luce and Raiffa, who characterize threats by the phrase, "This will hurt you more
than it hurts me," explicitly making threats depend on interpersonal utility
comparisons. In the event that both players attempt to make plausible threats,
they say, ...
Page 267
APPENDIX B FOR THE ABANDONMENT OF SYMMETRY IN GAME THEORY
The first part of this appendix argues that the pure "moveless" bargaining game
analyzed by Nash, Harsanyi, Luce and Raiffa, and others,1 may not exist or, if it ...
Page 286
"It is interesting that in demanding a symmetrical solution to an ostensibly
symmetrical tacit game, Luce and Raiffa dismiss the two most promising
candidates. They consider {Games and Decisions, 90-94) a matrix, I II -1 -1 -1
and note that it ... 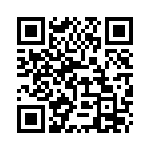