David Bevington is Professor Emeritus at the University of Chicago. His recent publications include Shakespeare: The Seven Ages of Human Experience (second edition, 2005) and Shakespeare: Script, Stage, Screen (with Anne Marie Welsh and Michael L. Greenwald, 2006). He has also edited the Bantam Shakespeare in 29 volumes (currently being reedited), The Complete Works of Shakespeare (fifth edition, 2003), and a number of individual Shakespeare plays including Antony and Cleopatra, Henry IV, Part I, and Troilus and Cressida. 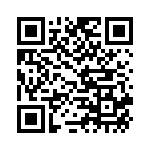