Page 95
But we must rule out a possible axiom that might seem to be suggested by
analogy with other game theories, namely, that (to use the term of Luce and
Raiffa) the "labeling" of rows, columns, and players should make no difference to
the ...
Page 125
Luce and Raiffa, who characterize threats by the phrase, "This will hurt you more
than it hurts me," explicitly making threats depend on interpersonal utility
comparisons. In the event that both players attempt to make plausible threats,
they say, ...
Page 272
One may, following Luce and Raiffa (for example, page 137) take the players' "
security levels" (maximin values) as the zero point; but this is either arbitrary or
based on the hypothesis that, left to themselves, the players could succeed in
doing ... 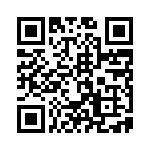