Page 53
He , whose eloquence in his Esof many . says has unrivalled grace , as well as
Letter - writing , however , appears force , seems but an unwieldy Trifler , not to
have been his talent , though , tho ' it is amusing to see him gambol in the course
of ...
Page 351
Moreover , there does not appear to be any record of an acquaintance , let alone
an affair of the heart , between Pope and either of the suggested Aurelias ,
though such an acquaintance , if it ever existed , must have come about during
the ...
Page 363
In other words , all the work that is indubitably Prior's appears here in the process
of composition ; and as Mr. ... if it were , its occurrence twice in The shepherd's
week shows that it may by chance appear more frequently in a single poem by ... 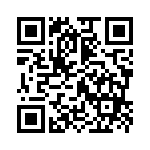