Radha Kumar has been Warren Weaver Fellow at the Rockefeller Foundation, New York and Executive Director, Helsinki Citizen’s Assembly. She was an Associate Fellow at the Institute of War and Peace Studies at Columbia University and is associated with the Delhi Policy Group. Currently Visiting Professor at Jamia Milia Islamia University, New Delhi, she is author of Divide and Fall? Bosnia in the Annals of Partition and Making Peace with Partition. 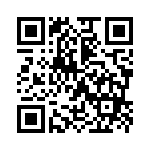