Page 36
Hindu painters have given more thought to non-frontal portraiture than Hindu
sculptors. The positions are further described on the basis of Brahma Sűfra, the
main line with reference to which Brahma Sutra proportions are poised. Brahma ...
Page 161
... Gaudapâda wrote a commentary on the seventy Kârikâs of Isvarakfsna, but he
knew of the existence of the work in the Brähmana form, for he says, in tbe
beginning of his work, that KapiLi was the son of Brahma ; with him were bcrn
Jńana, ...
Page
... Banerji-Sastri, Dr. A. P., M.A., D.Phil 49, 163, 273 Basis for the Sanskritic
Element in the Munda Languages, Possible Ethnic 376—393 Basu, Shivaüath,
M.A. 369 Berads evacuate Wagingera 366 Bharata 67 Bharata' and Bhasa 62
Brahma ... 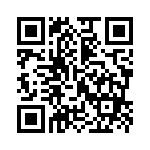