Paul Ekins an environmental economist, joined King 's College London as Professor of Energy and Environment Policy in January 2008. He was a Member of the Royal Commission on Environmental Pollution from 2002-2008 and, from 2003-2007, was on the UK Government 's Sustainable Energy Policy Advisory Board.

Manfred Max-Neef is a Chilean-German economist and environmentalist. He is Professor of Ecological Economics in the Southern University of Chile, and Director of the Economics Institute. His book ""Human Scale Development"" has been recognized by Cambridge University as one of the fifty most important texts in Sustainability. 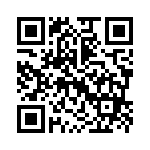