This is the fundamental work behind the concept of "tipping points," recently brought into vogue by Malcolm Gladwell's book. Thomas Schelling was awarded a Nobel Prize partly for the work in this book ... Read full review

On of best books ever for policy analysts. Thanks Prof. Schelling!
Karl Polzer Center on Capital & Social Equity

Thomas C. Schelling (1921—2016) was the co-winner of the 2005 Nobel Memorial Prize for Economic Science and the Distinguished University Professor Emeritus of Economics and Public Policy at the University of Maryland. 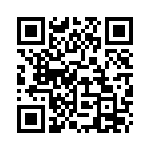