Page 262
But my father was a person who did not choose to be interrogated . When he told me he had survived most of his relations , and was on bad terms with those of my mother , I was satisfied . I asked no further . His affection sufficed me ...
Page 294
66 ' My father , Sir Alexander Moystyn , had four children , two sons and two daughters . I was the first born , then my two brothers , and afterwards , at an interval , my sister , so that there was a difference of eight years between ...
Page 296
I sat down and wrote the letter , not according to his dictation , which was all kindness , but stating that my father would never forgive him or my sister , and requested all correspondence might cease , as it would be useless . 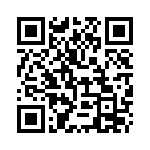