Khushwant Singh was born on February 2, 1915 in the village of Hadali in what is now the Punjab province of Pakistan. He attended St. Stephen's College in Delhi, Government College in Lahore, and King's College London. In 1947, he worked for India's ministry of external affairs and served as press officer in Ottawa and London. From 1980 to 1986, he was a member of the upper house of the Indian parliament. He was an author and journalist. His newspaper column, With Malice Towards One and All, was syndicated all over India. During his lifetime, he wrote more than 100 novels and short-story collections including Train to Pakistan, I Shall Not Hear the Nightingale, Delhi: A Novel, The Company of Women, and The Sunset Club. He also wrote a two-volume History of the Sikhs, an autobiography entitled Truth, Love and a Little Malice, and a book of biographical profiles entitled The Good, the Bad and the Ridiculous. He died on March 20, 2014 at the age of 99. 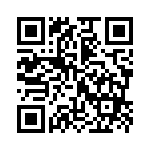