Judge James Baker was appointed to the United States Court of Appeals for the Armed Forces in 2000. The Court is composed of five civilian judges and appointed for 15 year terms by the President with the advice and consent of the Senate. The Court has appellate jurisdiction over cases arising under the Uniform Code of Military Justice. Decisions of the Court are subject to review by the United States Supreme Court. Judge Baker previously served as Special Assistant to the President and Legal Adviser to the National Security Council, where he advised the President, the National Security Adviser, and the NSC staff on US and international law involving national security, including the use of force, terrorism, arms control, and human rights. Judge Baker also served as Deputy Legal Adviser to the National Security Council and as Counsel to the President's Foreign Intelligence Advisory Board and Intelligence Oversight Board. As an attorney adviser in the Office of the Legal Advisor, Department of State, he provided advice on law enforcement, intelligence, and counter-terrorism ad served as legal adviser to US delegations to various environmental negotiations. Judge Baker served as a legislative aide and acting Chief of Staff to Senator Daniel Moynihan. Judge Baker is the co-author of Regulating Covert Action, as well as numerous articles on national security and criminal law. After graduating from college, Judge Baker received a Reserve commission as a Second Lieutenant in the Marine Corps. He then earned a regular commission at The Basic School before joining the Fleet Marine Corps. Judge Baker is the recipient of the 1999 Colonel Nelson Drew Memorial Award, the NSC's highest honor. He is also the recipient of the Director of Central Intelligence's 'Director's Award'. Judge Baker graduated cum laude from Yale and then from Yale Law School. He teaches national security law at the University of Iowa College of Law and Georgetown University Law Center. 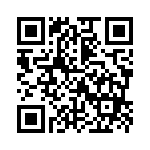