This is a beautiful book!!! Stephanie Meyer is an author who really knows how to write a love story and make it feel so real you could touch it. This book covers every type of love. Definately a MUST read. Read full review

I am a huge Harry Potter fan, so when I heard about Twilight, I wasn't very interested- at first. A friend at work started to read the series, and said I HAD TO. Needless to say, I feel in love with ... Read full review

Stephenie Meyer graduated from Brigham Young University with a degree in English Literature and now lives with her husband and three sons in Glendale, Arizona. Her debut novel Twlight and the sequels New Moon, Eclipse and Breaking Dawn are international bestsellers. Her official website can be found at www.stepheniemeyer.com 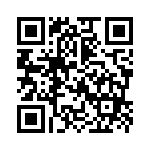