Kingshuk Nag was the Resident Editor of the Times of India’s Ahmedabad edition between May 2000 and July 2005, which was the most eventful period in the history of Gujarat with a major earthquake and deadly riots. He received the Prem Bhatia Memorial Award – which is considered the Indian equivalent of the Pulitzer – for demonstrating excellence in political reporting and analyses in Gujarat. Presently the Resident Editor of the Times of India’s Hyderabad edition, this is Nag’s third book. Alumnus of the Delhi School of Economics, Nag writes a hugely popular blog titled ‘Masala Noodles’ on the TOI site. 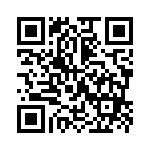