Guđni Jóhannesson, PhD, is president of Iceland and historian at the Reykjavík Academy, Iceland. An author of numerous works on Icelandic history and current affairs, he has taught at the University of Iceland and Reykjavík University. 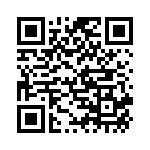