It is very good book.

Honestly, a bit of a let-down. Read full review

Rishi Kapoor is one of India's most popular film stars. He debuted as a child artiste in Mera Naam Joker, winning a National Award for his performance. His first role in the lead came with the blockbuster Bobby. In the 1970s, Rishi Kapoor delivered a series of musical hits like Khel Khel Mein, Hum Kisise Kum Naheen and Karz. Over the last decade, Rishi Kapoor has delivered some of the finest performances of his career in a diverse array of roles. 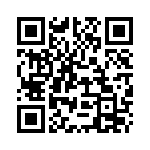