Page 119
THE Madras Presidency occupies the whole southern portion of the Peninsnla,
and, with the merger of Banganapalle and Pudnkottah, has an area of 125,807
square miles. It has on the east, on the Bay o! Bengal, a coast line of about 1,250
...
Page 691
Batnagiri, Bombay Presidency. BJUi, Major-Gencral Tax* Singh, General Officer
Commanding, Delhi Area, since April 1948. b. of ' Bal"' family with Military
traditions. Commissioned from Sandhurst, Dec. 1825; served with King's Boyal
Rifle ...
Page 782
Victoria College, Falghat ; Presidency College and Law College, Madras ; Gray's
Inn, London ; obtained First Class Honours at the Bar examination. Joined
Madras Judicial Service, 1920 ; Under Secy., to Madras Govt., 1930-34 ; Deputy
Secy. 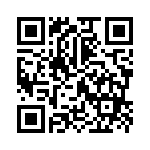